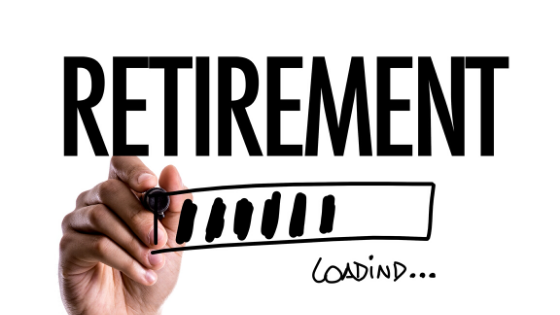 Could Your Retirement Withstand a Drop of 70%?

It was January 2000 and Joseph Boeing just landed his dream job at his dream company, headquartered in his hometown of Seattle. Joe just turned 40 and as a mechanical engineer, married to Jill, with three kids, the Boeings were looking forward to the last chapter of Joe’s career, before he retired at age 60.

Joe and Jill Boeing lived modestly, saved for a rainy day – which is ironic given Seattle’s climate – and for the first two years, decided not to invest any of their retirement money in Boeing stock, just in case it didn’t work out at Boeing.

But after the first two years, secure in Joe’s career decision, they decided to invest about half of their retirement assets in Boeing stock. And that decision sure looked like a winner. In fact as the years went on, the Boeings kept asking themselves why they didn’t invest everything in Boeing stock.

After a 25%+ year in 2006, the following year saw Boeing’s stock decline by 1.55% and 2008 was really tough, as the stock dropped over 50%. But everything was down that year, so they decided to keep their 50% retirement-allocation to Boeing stock intact.

The next five years saw fantastic returns, culminating in a whopping 81.12% return in 2013 as Boeing’s stock price crested $100/share for a gain of about 3-times since the Boeings first invested back in 2003, when the stock was $33/share.

After 2013’s astronomical gain, the following year saw another pull back of about 4.77%, but then the next five years saw some very positive annual returns, including an annual return of 89.43% in 2017, when Boeing was the best performing stock in the Dow Jones Industrial Average.

Difference Between Gambling and Investing

The Boeings were only a few years away from retirement and they made one big move after 2017 – they invested all of their retirement assets into Boeing stock, hoping that their retirement would go from being “perfectly comfortable for their needs” to enabling them to afford things they never dreamed possible.

The next two years were ok – not exactly what they hoped for, but not too bad either. When 2018 was over, they saw their Boeing stock – and their entire nest egg – up 9.36%. This was a huge difference when compared to the more diversified S&P 500, which was down almost 5% on the year. It was starting to look like investing everything in Boeing stock was paying off.

They reminded themselves that they still didn’t lose any money, they just didn’t gain as much as maybe their diversified-S&P 500-neighbors. Oh well.

Just one more year the Boeings thought. After all, Boeing’s stock price was trading at $325/share on December 31, 2019. If we could just have one more 20% up-year, everything would be golden.

After all, consider this:

Well, Boeing’s stock price hit a peak on February 12, 2020 and since that time, has dropped more than 70%, wiping out about $141 billion in shareholder value. In just four weeks.

Joe and Jill Boeing are obviously fictional characters. But their fictional nest egg would be down 70% since mid-February 2020. Let’s be more dramatic. Let’s say their retirement was worth $1 million in February 2020 – four weeks later it’s worth $300,000.

And that is why investors should never put all their eggs in one basket. Ever.

It’s a good story for all investors to think about: diversification, asset allocation and rebalancing are critical to long-term success. Don’t be Joe and Jill Boeing.

The opinions voiced in this material are for general information only and are not intended to provide specific advice or recommendations for any individual. To determine which investment(s) may be appropriate for you, consult your financial professional prior to investing. All performance referenced is historical and is no guarantee of future results. All indices are unmanaged and cannot be invested into directly.

Asset allocation does not ensure a profit or protect against a loss.

Rebalancing a portfolio may cause investors to incur tax liabilities and/or transaction costs and does not assure a profit or protect against a loss.

This article was prepared by RSW Publishing.