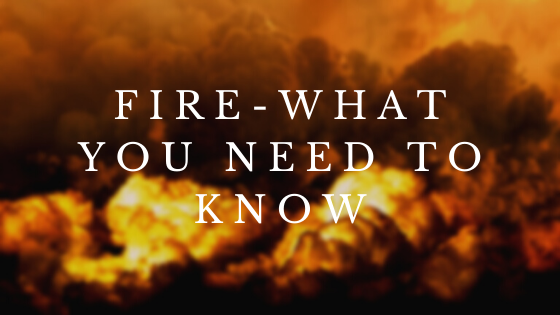 FIRE - Four Things to Know About This Hot Retirement Movement.

Many workers look forward to the day they can finally retire, and for some, an early retirement would be a dream come true. Others are turning this dream into a reality by retiring in their 30s or 40s. But how are they able to do it?

The goal of FIRE is to save and invest aggressively so that retirement is possible at a younger age - even decades earlier than the traditional retirement age. Individuals who pursue FIRE aim to increase their income as well as keep expenses extremely low. The higher an individual's income is and the lower his or her expenses are, the faster that person may be able to accomplish FIRE. Typically the following steps are part of the process.

2. It has fervent supporters...

The main ideas behind the FIRE movement originated in the 1992 book "Your Money or Your Life" by Vicki Robin and Joe Dominguez, as well as the 2010 book "Early Retirement Extreme" by Jacob Lund Fisker. In the years since, many blogs, podcasts, and online forums have cropped up to share information about FIRE and popularize the concept as a whole.

Many FIRE supporters are attracted to the movement because they dislike their jobs or feel they work too much. Those who follow FIRE believe that it encourages a more meaningful life because it provides freedom to pursue true passions. FIRE creates flexibility in retirement because people can still work and/or earn a passive income, but with the luxury of determining what type of work to do, when it's done, and for how long.

3. ...As well as outspoken critics

Many vocal critics have expressed doubts about the FIRE movement. Some believe it's an unrealistic approach to retirement because it's impossible to know how an individual's financial needs will change over time. Life (and the markets) can be unpredictable, and critics argue against embracing the unknown.

Other critics maintain that FIRE simply isn't attainable for the average worker. Those who don't earn a large enough income may struggle to save so aggressively, particularly if they are caring for one or multiple dependents.

4. There's more than one way to practice FIRE

There are multiple approaches to FIRE. Some may choose to abide by Fat FIRE rules, which means living a more traditional lifestyle but saving more than the average retirement investor. Conversely, others stick to minimalist living and extreme saving, resulting in a much more restricted lifestyle in a practice known as Lean FIRE. Other styles include Barista FIRE (quitting a traditional 9-to-5 job in favor of part-time work to help boost income as well as obtain health insurance or other benefits) and Coast FIRE (working part-time to cover expenses after having saved enough to fund retirement)

No matter how FIRE is practiced, it requires a long-term commitment that might not be suitable for everyone. A financial professional can help you review all your options for pursuing an early retirement.

Prepared by Broadridge Investor Communication Solutions, Inc. Copyright 2019 The opinions voiced in this material are for general information only and are not intended to provide specific advice or recommendations for any individual. To determine which investment(s) may be appropriate for you, consult your financial advisor prior to investing. All performance referenced is historical and is no guarantee of future results. All indices are unmanaged and cannot be invested into directly. The tax information provided is not intended to be a substitute for specific individualized tax planning advice. We suggest that you consult with a qualified tax advisor. Securities and Advisory Services offered through LPL Financial, a Registered Investment Advisor, member FINRA / SIPC